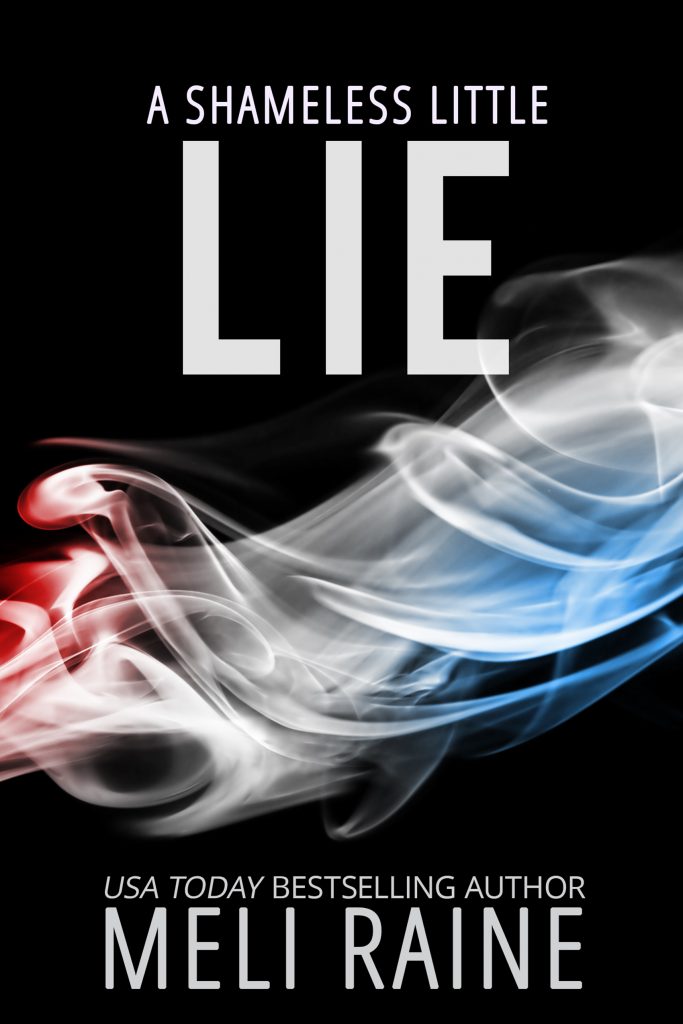 BLURB
I did it. I admit it.

I fell in love with Silas. My bodyguard. My protector.

We’re playing a cat-and-mouse game. I’m not sure whether I’m the cat or the mouse, but I can definitely tell I’m in a trap.

A trap with no way out.

I’m not who everyone thought I was. The truth is out there, finally turning the lie about me inside out. I am the shameless little lie. It’s finally been revealed, and now even more people want to kill me.

As a presidential campaign hangs in the balance, a delicate web of international relations and economic stability at risk, power becomes more important than anything else.

Especially my life. I’m a nothing. A no one. Just a tool, remember?

But tools can be used to open locks. Cracking open the truth and exposing it could change the balance of power. Tip the scales. Make a presidential campaign turn on a dime.

Too bad Silas doesn’t believe me when I tell the truth.

And that may make him the biggest tool of all.

Monica Bosworth has eyes that could cut gemstones.

I’ve known this since I was a little girl. When no one else is looking, she gives me glares and once-overs, the skin around her orbs tight and contemplative. She evaluates me like I’m a specimen she’s trying to understand.

Lindsay makes a gasping choke, the kind of sound you hear when someone expires. It’s the sound of everything she knows about herself dying. She’s alive, though. More than alive. I can tell from the different expressions that migrate across her face in real time that she’s processing all of it second by second, realization by realization.

I am just there, frozen and silent, unable to find a single, solitary way to connect with anyone in the room.

Monica turns to Marshall, her voice so flat and even. It’s like a steamroller is ironing out her words. “We have a situation now, Marshall. We need to control the information. Who else knows this?”

Silas won’t stop looking at me.

Drew wraps his arm around Lindsay’s shoulders and stares straight ahead. His neutral demeanor is one that comes from exquisite control. Underneath the surface, it’s very clear that he would rather have his hands around his mother-in-law’s throat right now, squeezing every spare drop of oxygen from her lifeless body.

“I don’t know, Monica,” Marshall says, drawing out his words deliberately. “You tell me. Who else knows this?”

Flinching but recovering quickly, she looks at Lindsay. “I would prefer to answer questions privately.”

“What you prefer doesn’t matter, Mother,” Lindsay slings back. “What you prefer has been the dictate of my entire life. I’m done. I’ve been done for a very, very long time, but this? This takes the cake. You slept with someone else? Daddy isn’t my father? You lied to me all these years?”

I stand, my chair falling over behind me, one of the rolling wheels scraping hard along my calf at a diagonal. It stings, so I know I’ll bleed. The pain is nice. I could sit with the pain. Make friends with it.

Pain can be a source of comfort when chaos is your only alternative.

Senator Harwell Bosworth, the man expected to be the next president of the United States, is my father. Hidden in plain sight. My entire life, I’ve been led to believe that my father killed himself when my mother was pregnant.

It turns out I’ve spent my entire life around him and didn’t know.

#2
My ear is stroking something so soft and smooth. It’s comforting and inviting, so I rub against the softness, reveling in sensation, sighing.

And then the something moves.

“Hey,” Silas says, his voice coming from above. “She’s awake.”

I open my eyes, then shut them quickly to make the spinning stop. The world is full of random objects that move in and out, forward and back, my depth perception put in a blender and puréed.

“What?” I whisper, his hand on my shoulder. I want him to stroke my hair, to bring me ginger ale, to keep me safe and let me relax.

“You fainted,” he says, voice somehow both taut with worry and gentle with concern. “Right into my arms.”

“You have good arms.”

I roll in his lap and look up into those bright eyes full of mirth and worry. “Can you sit up?” he asks.

“It feels so nice here. I could sleep here forever.”

Someone clears their throat in the distance. It’s a masculine sound.

“She okay?” the throat-clearer asks from another continent away. Or maybe the front seat. It’s hard to tell.

“I think so,” Silas responds, easing me up slowly.

“I did not consent to sitting up,” I murmur, snuggling in.

“And I didn’t consent to being your pillow.”

“But you’re a good pillow. The best pillow ever.”

“Jane?” Silas asks slowly. “Are you on something?”

“On something? I’m on you.” My muscles go slack, body in need of this all-too-short moment to enjoy being at rest in a place of sanctuary.

Rumbling makes my head move lightly as he–is he laughing? “No. I mean, did you take a drug, or a pill? You’re acting very weird.”

“Have we met? Come on. You try going through what I’ve been through these last few days, then faint, and come out of it perfectly sane,” I grouse.

As I come to a full upright position with my back against the upholstered seat, I realize it’s not just me, Silas, and–oh. The throat-clearer is Duff.

Drew is behind him, their heads huddled together as they speak through the window.

“I’m fine,” I lie. “Just tired and a little weary from having my entire life blitzed to smithereens.”

#3
The first conscious moment I’m aware he’s in bed with me comes as I slide my palm against his flat stomach, the layered grooves of his abs bringing me out of slumber. He’s so warm, the skin unlike mine, a line of hair in the middle of my hand thickening as I move my hand down. It’s warm, hotter as I hit a line of fabric, then brush against something hard and unyielding.

He makes a low sound in his throat. My nose grazes his shoulder. I sigh, the long sound of coming to, the luxurious, slow exhale of post-sleep awakening. My arm is around Silas’s waist. He’s on his side, turned away from me, and here I am, feeling his bare skin in my sleep.

His hand clamps over my wrist. “No. Don’t stop.”

His voice holds a richness, his breath coming quickly. A ragged sigh emerges as I make a wordless sound to tell him yes, I’ll continue. Yes, I want to touch him. Yes, I want to see the center of his heat.

And yes, I want that heat in me.

“I didn’t mean to touch you in your sleep.”

“I know. And the fact that you reach out to me even when you aren’t aware of it is enchanting,” he whispers as he turns over, my arm now around his back. Silas kisses me until I am very, very much alert.

My hand runs down the long, hard lines of his back to his ass, the coiled power in his legs so strong. He moves toward me, pressing with a mix of urgency and patience. Nothing holds us back now but ourselves. No interruptions, no killers, no meetings, no constant vigilance. For now, we’re a man and a woman who want to be stripped bare and to enter into each other’s bodies to create a new space.

Meli rode her first motorcycle when she was five years old, but she played in the ocean long before that. She lives in New England with her family.